This week's throwback is field II and is one of a dozen pieces currently at Uptown Evolution... but only for a few more days! I've been the featured artist for August the end of the month is nearly here.

This week: the #overthemantel painting is done. A whole lotta yellow went onto future wishes. The title has been shortened because the road was edited out. It was future wishes, or the road less traveled. The road in question was a private road on private property that ran along side the county road. future wishes refers to the field of dandelions. What kid has not made a wish and blown those seeds everywhere? This is likely the last of the Adirondack paintings.

Also happening: more work on the two impending storm canvases and some linoleum carving for the #postcardswap. And I've already seen two of the postcards! This is like Christmas for me. Even though I am not getting these postcards, it is still really cool to see them online.

This was after the first day of cutting which was pretty awful and reminded me that I that I have a strong dislike for linoleum. Many thanks to Johnny Disco for suggesting I iron the lino to make it easier to carve. I am about half way done carving now and will have printing to show for next week. 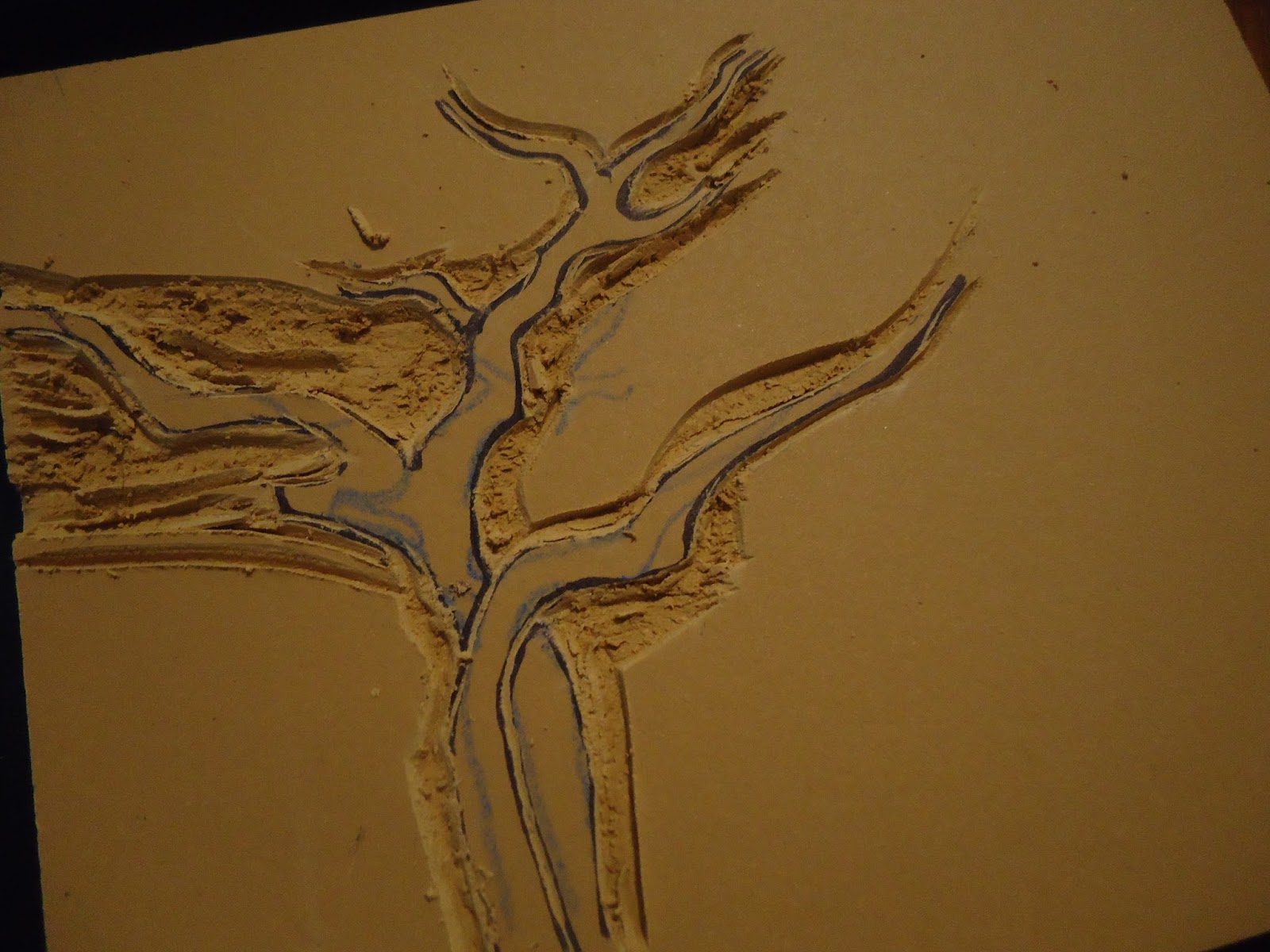 Outside the studio, I went to Angel Hair for The Future's So Bright, I Gotta Wear Shades opening featuring Lou Shields, Rick Therrio, and Sophia Rapata. This is the last week for my artwork to be featured at Uptown Evolution in Whiting and as part of South Shore Arts' Summer Sizzle. So if you are local to NWI, and haven't made it see those shows yet, time is running out. That also means I will have to find space for 15 pieces to come back into my already crowded studio, so if you find a piece you love, please give it a new home.
Posted by Unknown at 1:27 PM No comments:

Email ThisBlogThis!Share to TwitterShare to FacebookShare to Pinterest
Labels: #art365, #postcardswap, adk, in the studio

I'm feeling a little impatient today, so that inspired this week's  #tbt choice. This was done in late 2009, it was one of the first ink drawings I made with text.


You can see more from this series, All the Things I Never Said, here.
Posted by Unknown at 12:49 PM No comments:

Most of this week was spent working on an idea which I thought might be brilliant . And it was not. Still potential there but this attempt was a failure, or as I like to call it learning what doesn't work. Because, really, if you learn something then it can't be a failure.

More painting on these two, but I am honestly not really feeling these pieces this week. 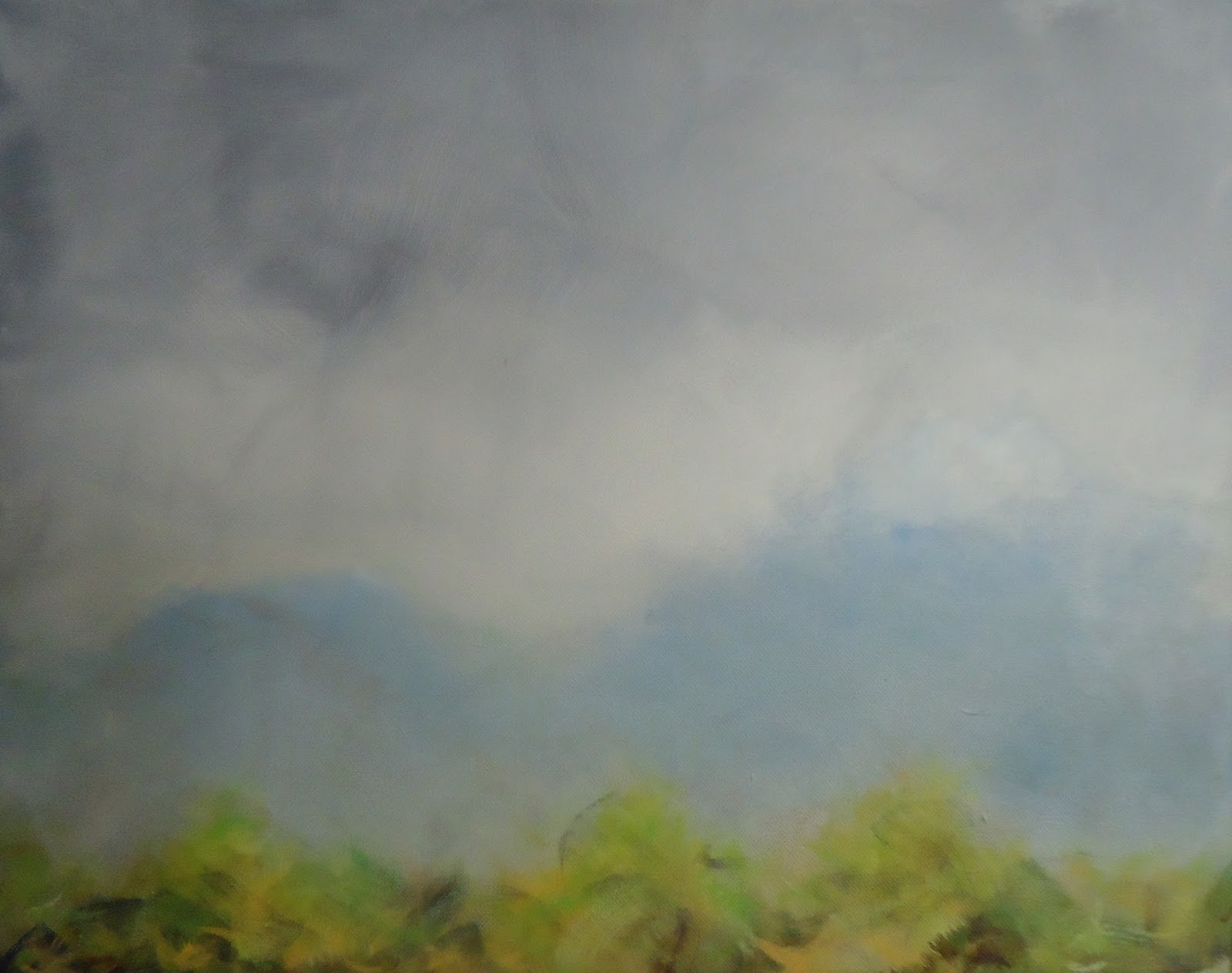 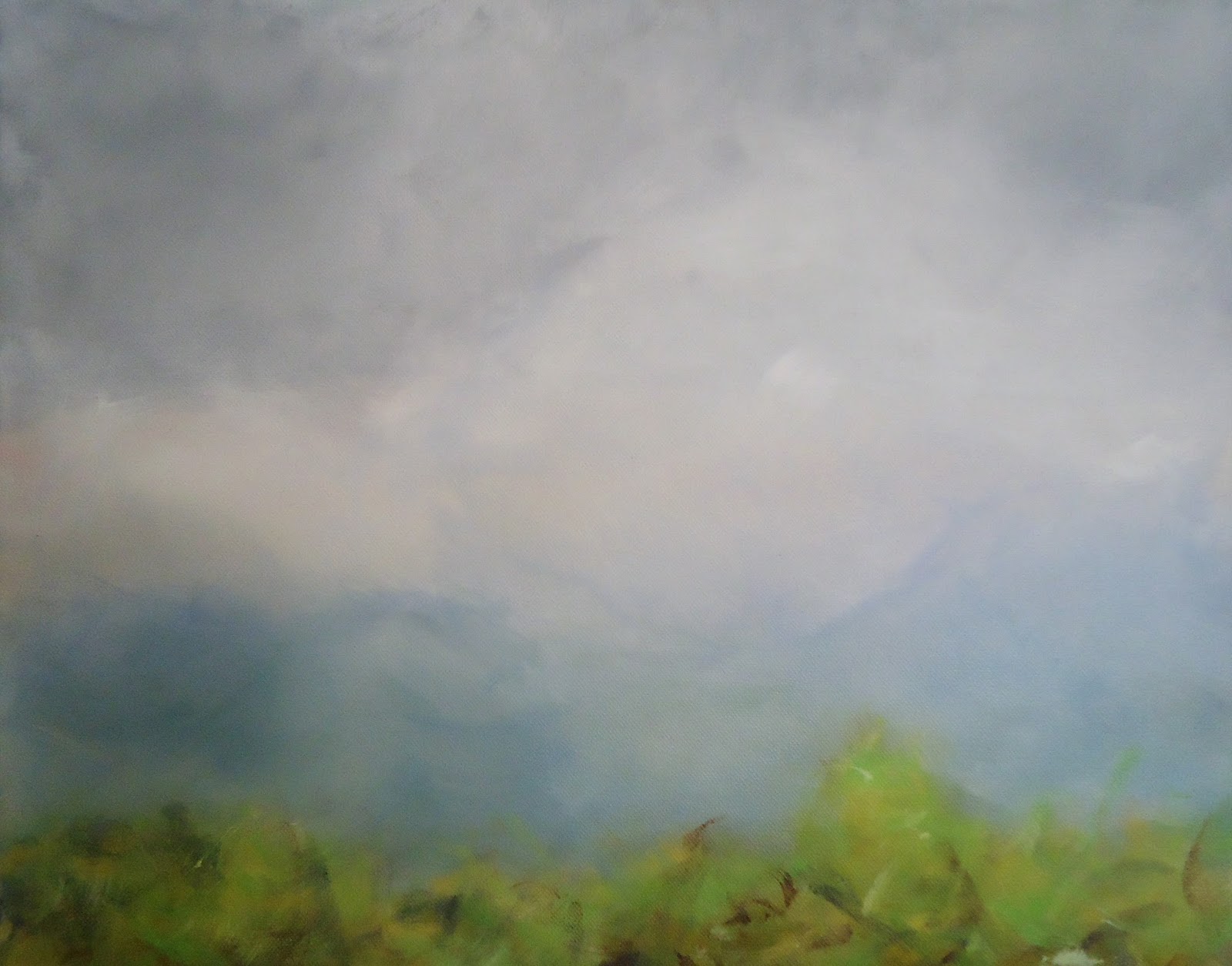 And more work here, which is finally starting to show. Layers on the upper half which don't show, but eliminated part of the foreground and have a clear thought on where this is going, finally. 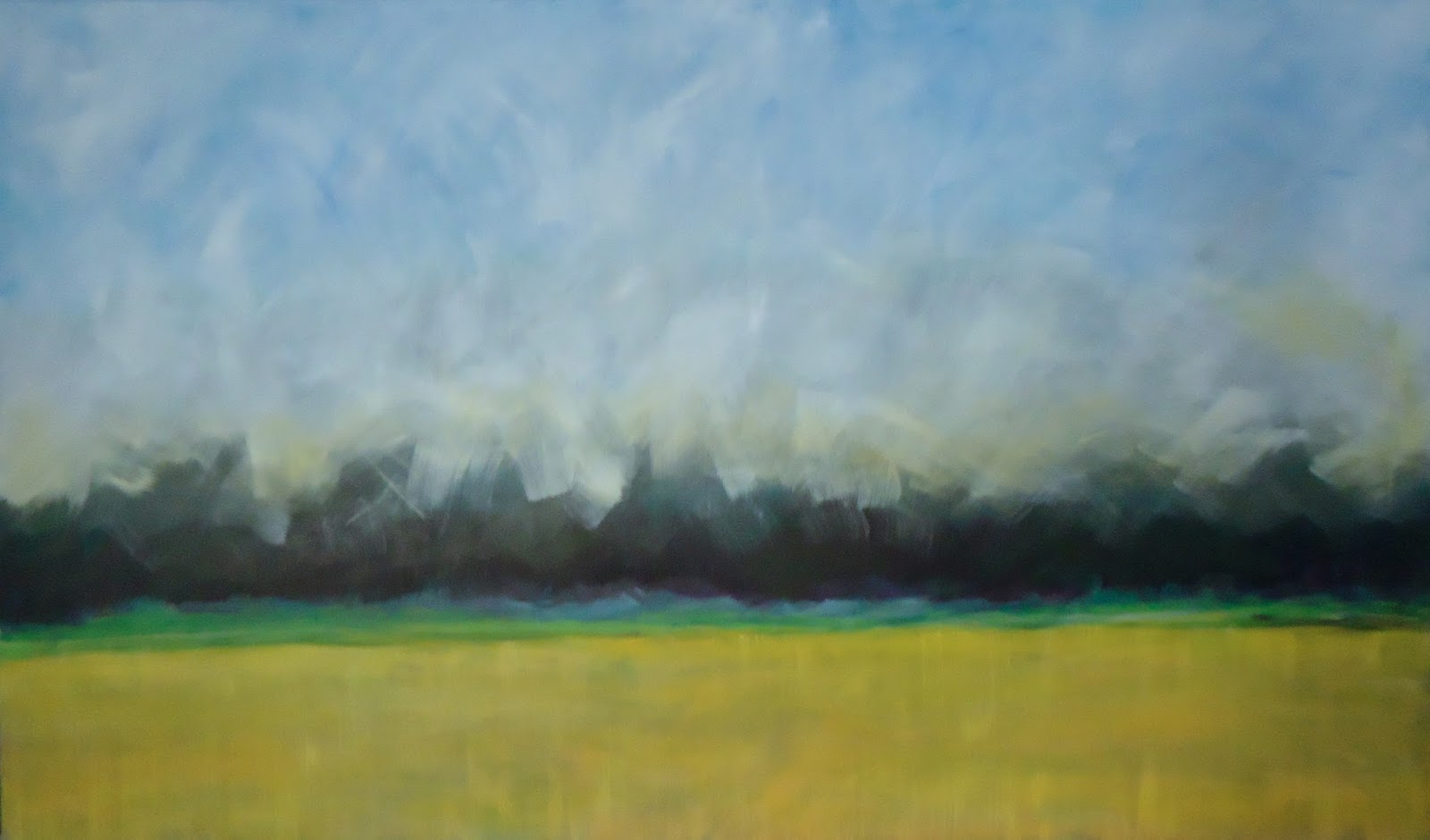 Posted by Unknown at 3:17 PM No comments:

Email ThisBlogThis!Share to TwitterShare to FacebookShare to Pinterest
Labels: #art365, adk, in the studio

This was only a dream, but now I am awake, but I wish I was still asleep.

Last summer I spent a lot of time painting big canvases. After the 8' grant paintings, I just wanted to keep going. The problem with 8' paintings is they don't fit in my car. You need a van (which I don't have) to get them anywhere and they take up a lot of storage space (which I also don't have) and quite honestly the only wall in my house with an 8' expanse is the wall I painted against. I can't even hang these paintings up in my house because my house is too small.

My solution to this (well, the transportation solution) was to paint on smaller canvases and strap them together with metal brackets. Et voila! Big paintings which I can get from one place to another.

I struggled with the right side canvas over and over and couldn't really get it where it was supposed to go. When I added in the larger canvas, everything changed and all of a sudden this piece came together.

Posted by Unknown at 9:47 AM No comments:

This week...still working on the same pieces as last week. But spent most of the weekend (and into this morning) working on google's open studio. It's been a little glitchy. Capital letters aren't allowed in the web address, but the error message says only that the address must exceed six characters. And my name totally exceeds six characters. And then the poorly situated publish button. Which I didn't even know I was looking for... So here's the first exhibit: the work I have at Uptown Evolution. I'm not exactly sure where I'll be going with open gallery, but I'm thinking it might be cool for the postcardswap.

A small note: the cover photo can be a google street capture. This might be something I choose for another brick and mortar location. I did not to do it with this exhibit, because Uptown Evolution is a new shop and google's got old street views.
Posted by Unknown at 7:21 AM No comments:

This week's throwback is from last summer: summer grass, crabapples is one of twelve paintings just delivered to Uptown Evolution!


For those of you local to NWI, this is on the north side of Main Street in Highland...yes, the border planting trees outside Target.
Posted by Unknown at 1:01 PM No comments:

I have three pieces I'm working on this week. I do feel like I get more done when I can set aside one to dry and pick up another, and rotate through them for a bit. The #overthemantel painting is down from the mantel and back in the studio. Step one: reduce the mountain. 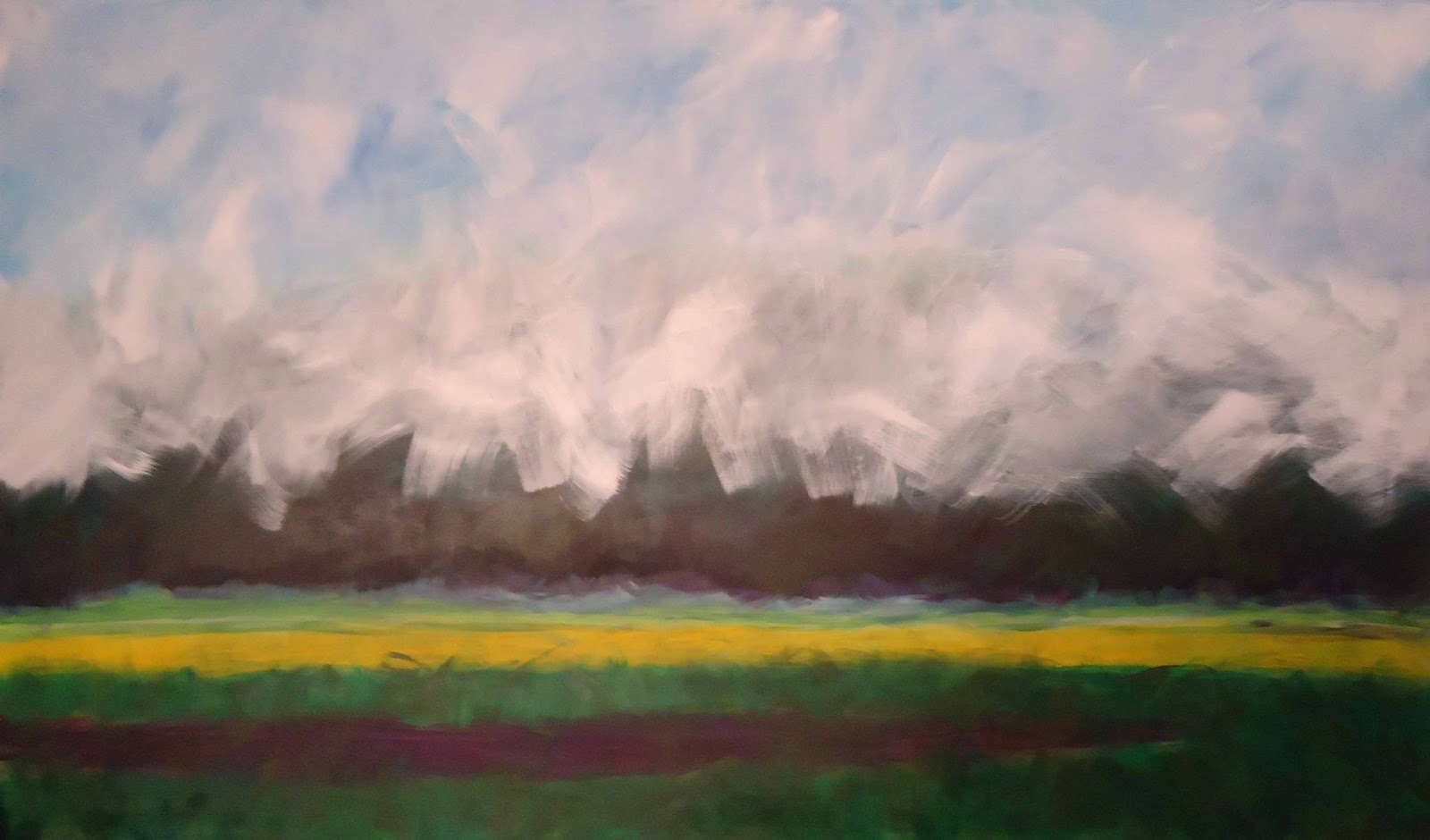 While I didn't set out to do this, these two (below) are becoming one piece. I will likely keep them separate, but they are heading towards a diptych of sorts. These are 16" x 20" 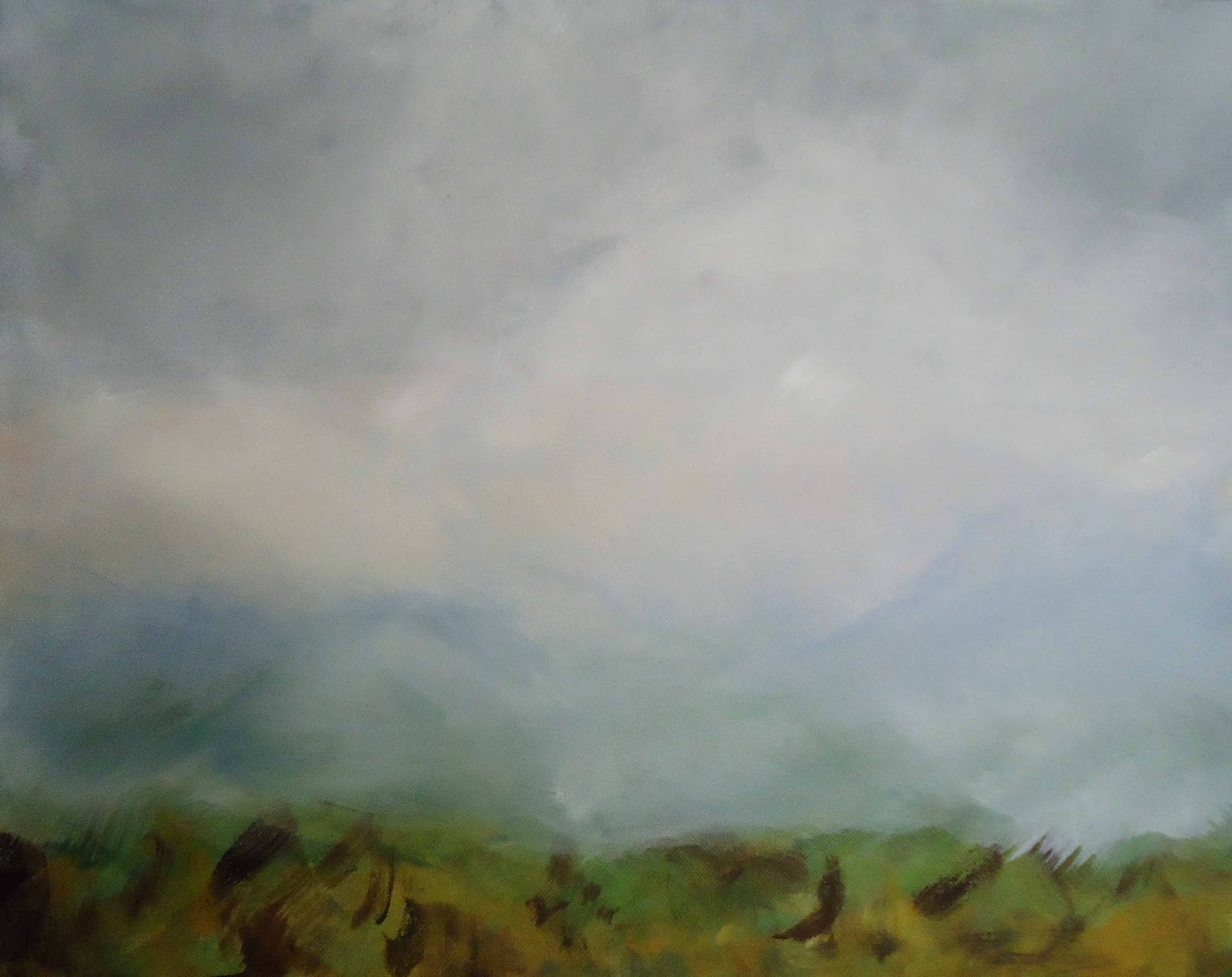 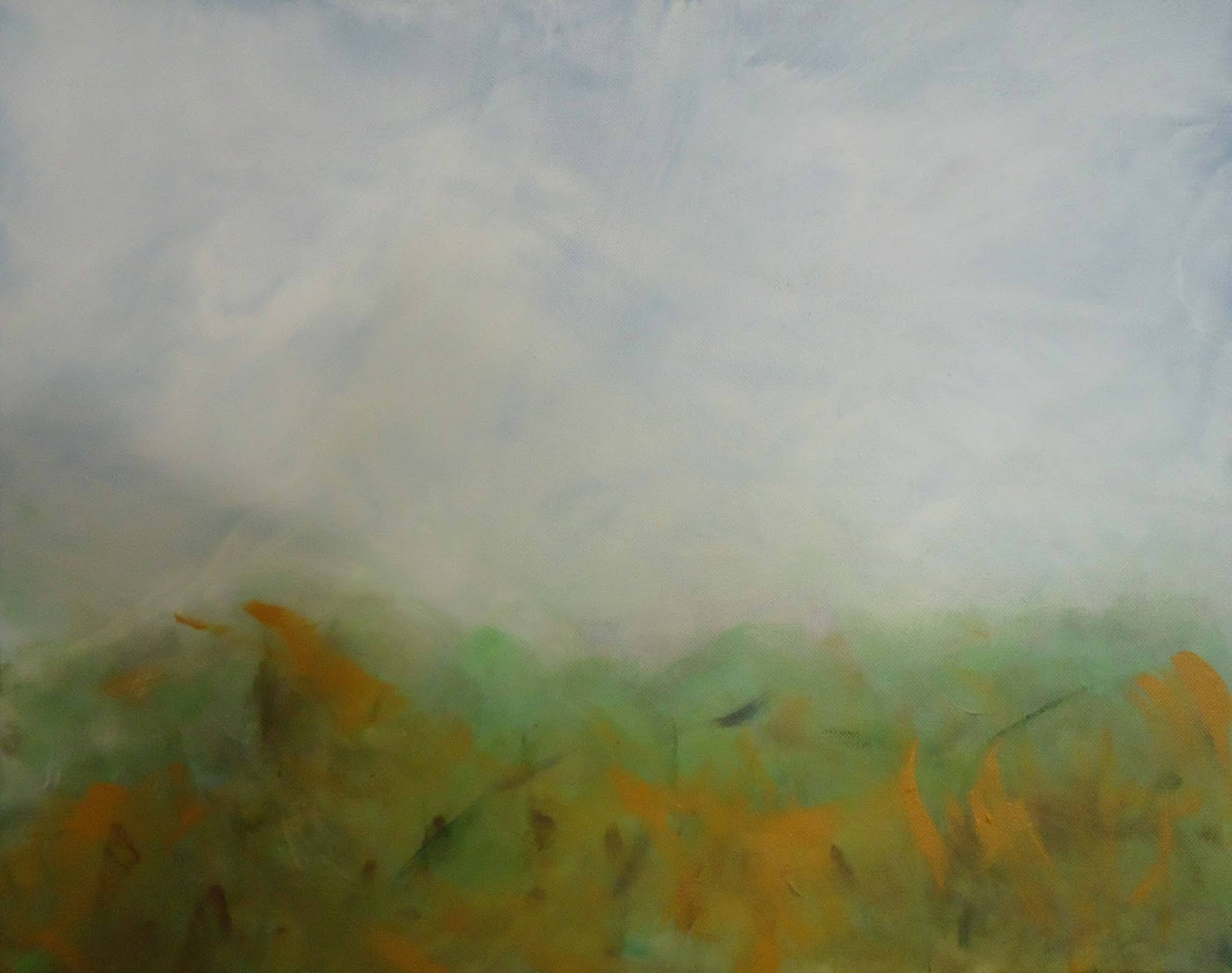 Next up: delivering #art365 landscapes to Uptown Evolution in Whiting this week. I will be the featured artist for the month! Last week to sign up for #postcardswap. You need to sign up by the 10th if you want to join this round.

Posted by Unknown at 6:05 PM No comments: